In 2006, the operation was restarted, and an aggressive drill campaign commenced with a goal of identifying potential expansion areas and mineralization at depth. In 2008 the Vortex discovery hole was drilled indicating a large sulfide resource with significant gold and silver intercepts. The drill program from 2008 to 2013 focused on development of this area which now represents a significant portion of the total deposit. Step-out drilling during the 2008-to-2013-time frame also indicated continuity of mineralization to the south, including potential for near surface mineralization. Very limited drilling has taken place since 2013, with only a few holes being drilled for condemnation or metallurgical samples. From 1981 to the end of 2018, 5,501 holes had been drilled representing 2,482,722 feet of drilling.

In July 2022, the Company began the largest exploration program at the Hycroft Mine in nearly a decade. The Company is focusing on the higher-grade opportunities identified in the modest 2021 program and for the first time at Hycroft, a systematic approach to understanding the genesis of this world class scale deposit, including potential feeder systems. Hycroft is a low-sulfidation, epithermal system with numerous banded quartz veins similar to Midas-style mineralization yet there has been no prior focus on understanding these veins and what they may mean to potential feeder systems. The 2022 – 2023 exploration program at the Hycroft Mine will comprise approximately 100,000 feet of reverse circulation (“RC”) drilling and approximately 25,000 feet of core drilling. The deposit remains open in all directions and at depth. 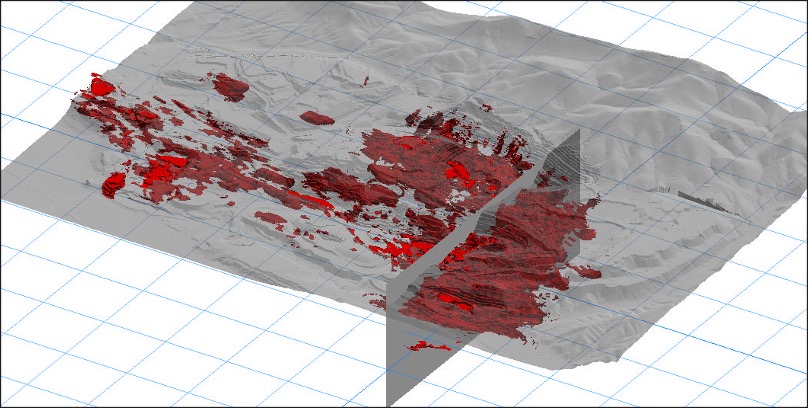 Selected Intercepts From the 2021 Drill Program at Vortex